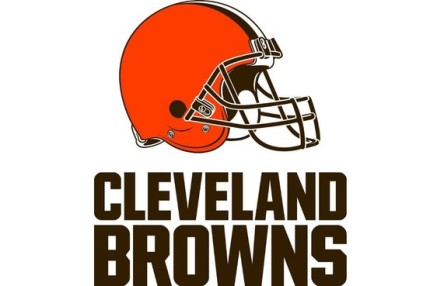 For the very first time I decided to write a recap following my Cleveland Browns mock draft. We’ll take a look and see how John Dorsey improved the roster. But first let’s look back on my predictions and preferences.

Players I thought the Browns would draft in the first 4 rounds:

For starters, my bold prediction of the Browns trading Duke Johnson and their 3rd round pick to Eagles for their 2nd rounder did not happen. Surprisingly, Browns didn’t trade Johnson at all, and Coach Kitchens expects him at training camp this summer. Not a loss for Cleveland since Johnson is a great weapon to have in the backfield. Both players I thought Cleveland would pick in the 2nd round slipped to the third round. Broncos blossom their defensive line with Jones from THE Ohio State University. One prediction I had was right. If the Browns didn’t pick Layne, the Steelers were going to scoop him up. Not a fan of that. Layne could be valuable in Pittsburgh. I was surprised Benzschawel wasn’t drafted at all. Thought for sure he was a solid Day 3 selection. Browns did not draft o-line until the 6th round with OT Drew Forbes.

Players I wanted the Browns to draft in the first 4 rounds:

Browns grabbed my dude Wilson but not until the 5th round. Bill Belichick saw the potential with Williams and traded up to grab him. I’m calling it, Williams will be a multi Pro Bowler with New England. Prince fell to the near bottom of the 6th round when Miami decided to grab him. A solid pick for the Dolphins that late in the draft.

Day 3 players I encouraged the Browns to consider:

Panthers got a solid back up picking Grier with their conditional 3rd round pick. It should give Carolina some good insurance for the next few years. God forbid something happens to Newton. I was NOT HAPPY to see Snell go to Pittsburgh. I have preached about his potential since mid-season. To see a player of his caliber go to the rival hurts. Snell went higher than I expected. One thing the Cowboys do well is find defensive gems in the draft and develop them. They continued to do that this past weekend drafting both Jackson and Jelks. They went with power and speed with those picks which will only improve their defensive game in due time. Saunders was picked much earlier than I anticipated, and to a team that will be a major threat to the Browns in the AFC. Chiefs get a potential major weapon next to Frank Clark on that defensive line. Browns did not draft Jaquan Johnson, but did draft his former teammate Sheldrick Redwine. Bills obtained a valuable pick with Johnson in the 6th round. He may not start out of the gate, but I see him making the roster.

I am still shocked Williams slipped this far in the draft. I thought for sure he was going to be picked in the 1st round. Not only that, their were a few cornerbacks taken before him in the 2nd round. Dorsey had to make the aggressive move and trade up a few spots to get their guy. Browns needed to get a long term plan opposite of Denzel Ward. Williams has speed and athletic ability to start in the NFL. He was one of if not the best cornerback in this draft with man coverage. One of the reasons he may have slipped was because of his lack of playing time in college. He did start his sophomore and junior season, but sat out the bowl game for the draft. I think some teams felt they needed to see more before they were sold on him, but I’m just speculating. THEIR LOSS! Browns picked a potential star on the defensive side of the ball. We know fellow LSU Tigers Odell Beckham and Jarvis Landry approve.

This was an interesting pick right here. Takitaki started his college career on a bad note. Getting in fights, missing practice, and stealing from campus almost ruined his football career. He then settled down with a good woman and left the game for a season to focus on academics. When he returned, his reputation was completely changed and the team made him captain his senior season. He led the Cougars in 2018 with 118 tackles (9 for a loss and 3 sacks). Takitaki has great burst of energy and tackling ability. Something the Browns have struggled with defensively for the past few seasons. However, his lack of speed and use of space in the game need to be recognized. Many scouts saw him as a 7th round pick or an undrafted free agent. There were some that suggested his skills being more valuable on special teams. I trust John Dorsey and I’m rooting for this kid. But in a few years will the team be looking back on this pick and wish they went with someone else? Only time will tell.

I previously mentioned that I really dug Redwine’s former teammate Jaquan Johnson. However, I can’t argue with the Browns here. Redwine was a safer pick that helps add depth in that defensive backfield. He mostly played safety, but also played well at corner for the Hurricanes. That gives the Browns an option to move him around if needed. He has good size, ball awareness, and power to hit receivers. Coaches will work on his ability to close out on receivers and playing with his back to the ball. All in all, a solid pick for Cleveland.

It was odd watching Wilson fall to the 5th round, and I thought for sure one of the Browns rivals would snag him. But as luck would have it, the good guys picked him with their first 5th round pick. Freddie Kitchens is a big fan and seized the opportunity to make him a Brown. Many analysts had him as a late 1st round to a mid 2nd round pick. I honestly don’t know what went down in Nashville, but the Browns may have potentially drafted their future starting linebacker with this pick. Wilson is great with the blitz and in coverage. He would fit perfectly in the middle with their 4-3 scheme. I’m going to be biased and say this was the Browns 2nd best pick in the draft next to Greedy Williams.

Browns did something I didn’t think they would do, but I’m glad they did. DRAFTED A KICKER!!! Not just a kicker, but handled Oklahoma’s kickoffs, punts, and placekicker duties during his sophomore season. He’s the whole special teams package! With Oklahoma being the offensive power house they were during his tenure there, he really didn’t get many chances to kick from distance. His longest field goal was 56 in his senior season. Most of his misses were due to bad ball placement. Four out of eight of the Browns losses last season came from 4 points or less. We won’t know until the fall if Seibert works out or not, but Browns needed some options outside of Greg Joseph. We’re still hurting after letting Phil Dawson (who is currently a free agent) go six years ago.

Browns finally pick an offensive linemen late in the draft. Forbes played left tackle for the Red Hawks. He has been praised for toughness and athletic ability. There is a chance he will be more valuable in the pros at guard than tackle. Forbes will be a project for sure, but if he can continue to bring that determination and toughness to Cleveland, we may see him help protect Baker one day.

If Lewis makes the team in September, it will most likely be on the practice squad. He was great at getting to the ball, but struggled constantly keeping up with receivers. Lewis gave up a high number of touchdowns his whole collegiate career. Browns may use him more on special teams if anything.

Draft Pros:
Browns entered the draft with lack of depth at linebacker and defensive back. No more! Greedy Williams could potentially start Week 1, but will have competition with Terrance Mitchell and T.J. Carrie. Christian Kirksey, Joe Schobert, and Genard Avery are most likely the starting linebackers as of right now, but that could change with Takitaki and Wilson in the mix. The preseason will decide if Austin Seibert will be part of the Browns 2019 plans. It is vitally important to have a consistent starting kicker on the team. Overall, Dorsey added important building blocks to help continue to mold the team into a winner.

There is still plenty of time to address other roster needs either in undrafted free agency and in preseason cuts. I wasn’t concerned that a quarterback was not picked this past weekend, but they need to find a solid backup for Baker. Anything could happen and it is best to be prepared. I was surprised an offensive lineman wasn’t taken until the 6th round. Dorsey did add a few in free agency, but with Zeitler no longer on the team and Austin Corbett’s status unknown, that leaves some concern for the right guard position. Not drafting a defensive linemen was interesting. The starting defensive line is stacked, but it lacks depth on both the sides and interior. There is no for sure replacement for Emmanuel Ogbah at the moment. Hopefully 2018 3rd round pick Chad Thomas can come in and be valuable asset after spending all last season on the practice squad. Anthony Zettel is another option that could fill the void. Only time will tell if Trevon Conley will be able to be a reliable back up to the defensive tackles.

Even though some positions were not addressed during the draft, it’s better to go with talent you believe in as a front office than reach and take a major risk. The Cleveland Browns had a top ten draft if not a top five in the league. Personally, I don’t like to say it but I’m just being honest, I think they were second ranked in the division with Pissburgh having a slightly better draft. That team just east of Cleveland drafted more players that will be able to make an immediate impact sooner than later. But my opinion could change with time just like everyone else. All in all, it was another successful draft from John Dorsey and his crew.